Lyme disease is one of the most common tick-transmitted diseases in the world but only causes symptoms in 5-10% of affected dogs. It is caused by a spirochete (bacteria) species of the Borrelia burgdorferi group. When infection leads to disease in dogs, the dominant clinical feature is recurrent lameness due to inflammation of the joints. There may also be a lack of appetite and depression. More serious complications include damage to the kidneys, and rarely, heart or nervous system disease. 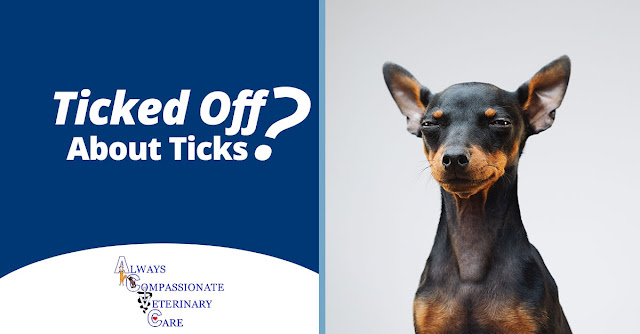 Kidney disease appears to be more prevalent in Labrador retrievers, golden retrievers, Shetland sheepdogs, and Bernese Mountain dogs. Experimentally, young dogs appear to be more susceptible to Lyme disease than older dogs. Transmission of the disease has been reported in dogs throughout the United States and Europe, but is most prevalent in the upper Midwestern states, the Atlantic seaboard, and the Pacific coastal states.


Symptoms of Lyme Disease in Dogs

Many dogs who develop Lyme disease have recurrent lameness due to inflammation of the joints. Sometimes the lameness lasts for only three to four days but recurs days to weeks later, either in the same leg or in other legs. This is known as “shifting-leg lameness.” One or more joints may be swollen, warm, and painful.

Some dogs may also develop kidney problems. Lyme disease sometimes leads to glomerulonephritis – inflammation and accompanying dysfunction of the kidney's glomeruli (essentially, a blood filter). Eventually, kidney failure may set in as the dog begins to exhibit such signs as vomiting, diarrhea, lack of appetite, weight loss, increased urination and thirst, and abnormal fluid buildups.

Other symptoms associated with Lyme disease in dogs include:
- Stiff walk with an arched back
- Sensitivity to touch
- Difficulty breathing
- Fever, lack of appetite, and depression
- Superficial lymph nodes close to the site of the infecting tick bite may be swollen
- Heart abnormalities are reported, but rare
- Nervous system complications (rare)


Causes of Lyme Disease in Dogs

Borrelia burgdorferi, which is the bacteria responsible for Lyme disease in dogs, is transmitted by slow-feeding, hard-shelled deer ticks (Ixodes spp.). Infection typically occurs after the Borrelia-carrying tick has been attached to the dog for at 2-3 days.

You will need to give a thorough history of your dog's health, including a background of symptoms and possible incidents that might have precipitated them. The history you provide may give your veterinarian clues as to which organs are being affected. Your veterinarian may run some combination of blood chemistry tests, a complete blood cell count, a urinalysis, fecal examinations, X-rays, and tests specific to diagnosing Lyme disease (e.g., serology). Fluid from the affected joints may also be drawn for analysis.

There are many causes for arthritis, and your veterinarian will focus on differentiating arthritis initiated by Lyme disease from other inflammatory arthritic disorders, such as trauma, degenerative joint disease, or osteochondrosis dissecans (a condition found in large, fast growing breeds of puppies). Immune-mediated diseases will also be considered as a possible cause of the symptoms. An X-ray of the painful joints will allow your doctor to examine the bones for abnormalities.

If the diagnosis is Lyme disease, your dog will be treated as an outpatient unless their condition is unstable (e.g., severe kidney disease). Doxycycline is the most common antibiotic that is prescribed for Lyme disease, but others are also available and effective.  The recommended treatment length is usually four weeks, but longer courses may be necessary in some cases. Your veterinarian may also prescribe an anti-inflammatory (pain reliever) if your dog is especially uncomfortable.
Unfortunately, antibiotic treatment does not always completely eliminate infection with Borrelia burgdorferi bacteria. Symptoms may resolve but then return at a later date, and the development of kidney disease in the future is always a worry.

If possible, avoid allowing your dog to roam in tick-infested environments where Lyme disease is common. Check your dog’s coat and skin daily and remove ticks by hand. We can also recommend a variety of sprays, collars, and spot-on topical products that kill and repel ticks. Such products should be used under your veterinarian’s supervision and according to the label's directions. We also offer the Lyme vaccine, and encourage you to contact us for more information regarding this vaccine and our tick control products. You can reach us at (412) 882-3070.

Posted by Always Compassionate Veterinary Care at 10:31 AM No comments: