Dogs grow up rather quickly and are only considered puppies for a short amount of time. By the time dogs reach four and a half months of age, they are no longer classified as a puppy. A failure to begin training in those formative stages could make the entire process significantly more difficult. After all, it is hard to teach an old dog new tricks. 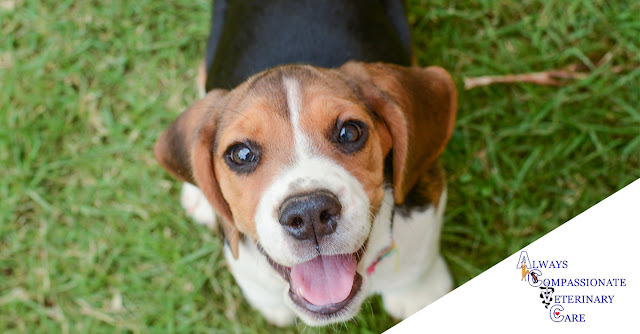 The process of learning for dogs begins early as there are several stages that puppies go through during their first few months of life. Training can begin when puppies are just five weeks old as that is when their brain waves are equivalent to that of a fully mature dog. It is also a time to introduce socialization with people and start positive reinforcement training.

A big part of early training is that it eliminates the potential for future aggression. Dogs exhibit aggressive behavior mostly because of fear. However, that fear can be removed when they are puppies. The first step is to introduce common things that normally induce fear in dogs. Then, it is important to couple those things with positive reinforcement, like food and praise. This teaches puppies to release their fear, thus reducing their tendency to show aggressive behavior. It is also a way to acclimate them to much of what they will see in the outside world.

Aggressive behavior is not the only product of neglecting to train a puppy. Dogs can also develop traits of shyness when early training is ignored. This stems from failing to take advantage of such an instrumental time for learning.

Puppy training does not have to be extensive, but done in increments. Some of the training will be forgotten, although the fundamentals will remain. This is also an important time to introduce socialization with other dogs. Joining a puppy training class will teach puppies how to communicate with other dogs while also showing them necessary social cues.

Socialization is key among puppies and it is the equivalent to sending children to a pre-school so that they can develop the necessary skills to successfully transition from childhood to adulthood.

Those who welcome a puppy into their home in hopes of having an adult dog for a companion cannot overlook the importance of socialization in their early training. Puppies who are exposed to interaction with humans and other dogs learn how to adapt to their environment. Those things become customary early on and will not bring about fear or aggression later in their lives. It is all a matter of getting a puppy used to the world they will be living in.

It is also important to remember that, unlike humans, puppies do not have hands to grab things they can use for experimentation. Puppies use their mouths for experimenting and that means just about everything goes in their mouths. This is an opportune time to teach them what is not acceptable in terms of biting or nipping. This is also a pivotal time when it comes to a dog’s mouth behavior as good and bad habits are learned when they are puppies.

Dog obedience training is available for dogs of all ages, although it is better to begin the process when dogs are most impressionable. That means finding the time to train puppies when they are young.

Not all puppies live in the most learning-friendly environment as some are left alone for extended bouts of time and that can do irreparable damage to their development. Then, later on in a dog’s life, owners attribute behavioral problems to the dog when, in fact, it is the owners who are actually at fault. A failure to utilize the most instrumental learning time in a dog’s life can actually be considered a form of negligence on behalf of the dog’s owner. It creates a world where fear and aggression continually dictate a dog’s behavior.